Are these pictures proof that Vladimir Putin is immortal? Born Over 500yrs ago 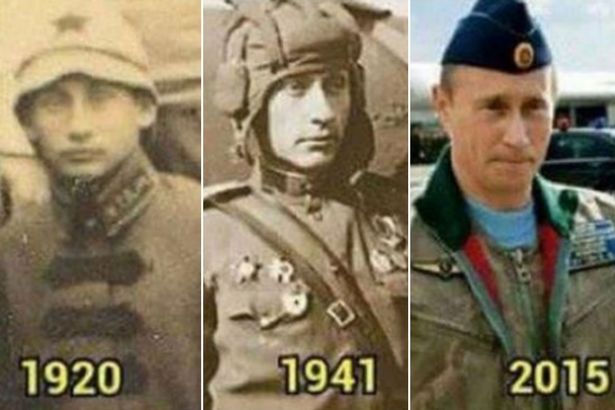 Is this photographic proof that that Vladimir Putin is immortal? Conspiracy theorists seem to think so, and some are even convinced he is the legendary dracula. The first picture, taken almost 100 years ago, is of a soldier who looks eerily like the Russian president.


A second snap, said to have been taken in 1941, shows a Russian airman who also bears an uncanny resemblance to the 63-year-old judo fanatic.

Some believe that Putin is not merely long in the tooth but that he has been around hundreds if not thousands of years and is in fact Vlad the Impaler, who was born in 1431 and is better known as Dracula.
Posted by dubem naija blog at 6:44 am