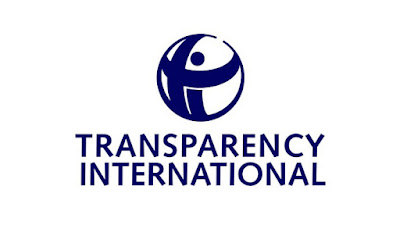 Recent reports that Transparency International, UK had endorsed the Acting Chairman of the Economic and Financial Crimes Commission, Ibrahim Magu, have proven to be false. A statement issued by the EFCC had said the international anti-corruption monitor had endorsed Magu as an anti-corruption icon. The statement of the EFCC had come on the heels of the rejection of Magu by the Nigerian Senate as the nominee for confirmation to head the commission.


However, in a statement by TI announcing the event to which Magu was invited, it was categorically stated that the invitation was not an endorsement by the organisation.

TI-UK stated on its website that it had to clarify that inviting Magu did not constitute an endorsement as reported in the Nigerian media.

It said: “In light of reports in Nigerian press, TI-UK would like to clarify the following points:
“The event is being hosted by Transparency International UK, Global Witness and The Corner House.

“This event does not constitute an official follow-up to the London Anti-Corruption Summit, hosted by the UK Government in May 2016.

“All invited guests speak on behalf of either themselves or the organisation they represent – their participation does not represent an endorsement by TI-UK.”

Last week, the Senate had rejected Magu’s nomination following a report by the Department of State Services, which alleged that he would constitute a liability to the anti-corruption fight of the current administration.

The security body had alleged that Magu hobnobbed with individuals who were under investigation by the commission.

The report added that Magu lived in a N40 million house paid for by someone being investigated by the commission.

Following the report, which was sent in October 2016 and reaffirmed last week by the DSS, the Senate rejected Magu’s nomination. Magu however has debunked the DSS allegations.
Posted by dubem naija blog at 8:52 am