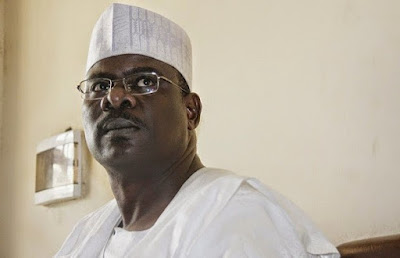 The senate committee on ethics and privileges has suspended its former leader, Ali Ndume for failing to conduct proper investigation before making allegations against the senate president, Bukola Saraki and Dino Melaye. The senate also cleared Saraki and Dino Melaye of any wrongdoing. Here is the Committee's report on statements obtained from Ali Ndume on the alleged imported SUV & Dino's certificate issue.:

3. He presented his result & served.

4. He changed his name from Daniel to Dino Melaye and the VC ABU confirmed it.

5. The dealer said he was not consulted by Bukola Saraki or Nigerian Senate to import the car.

6. The car had been cleared since 2015 and the allegation on @bukolasaraki is cooked up.

7. Ali Ndume being a former Senate Leader failed to conduct proper investigation before his allegations.

The Committee in their recommendations

1. Suspend Senator Ali Ndume and notes that dilligence should be the watchword

3. The signed report is laid before the DSP.

DSP, Ike Ekweremadu while speaking at the plenary, said "Lessons has been learnt from this, and going forward we should investigate matters first before drawing conclusions"

He then put the question and reduced Ali Ndume's suspension to 6 months
Posted by dubem naija blog at 3:12 pm