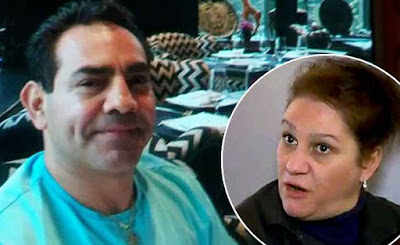 An Indiana father of four, whose wife had voted for President Trump, is now facing deportation to Mexico after immigration officials detained him in February, his family said. Roberto Beristain, 43, who lived with his wife Helen and their four American-born children in Mishawaka, was going for his yearly U.S. Immigration and Customs Enforcement check-in when officials arrested him.
His wife, Helen, had voted for Trump in November because she agreed with his immigration policy to drive undocumented immigrants with criminal backgrounds out of the country, daughter Jasmine Beristain said, but didn’t think it was going to affect her husband.

Jasmine, 14, told the Daily News her father was arrested because of a previous deportation order that stemmed from 2000.

She said the family was on vacation when her father took the wrong turn to Niagara Falls and ended up past the Canadian border. He tried to come back into the U.S., but officials denied him entry and placed a deportation order on him, Jasmine said. 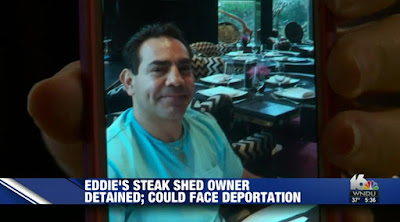 Roberto ignored the order and remained in the country.

“He was very nervous, but he had to stay because my mother was pregnant with my sister,” his daughter said.

The family hopes Roberto could be released soon, saying that they miss him tremendously. Roberto became the owner of Eddie's Steak Shed in Granger recently, having previously worked in the restaurant as a cook before buying the business from his wife’s family. 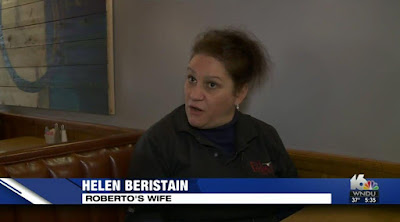 Members of the community have petitioned for his release and are providing support to the Beristains. South Bend Mayor Pete Buttigieg called Roberto one of the community’s “model residents” in an essay he wrote for the Huffington Post.

Roberto is currently being held at a detention center in Wisconsin until ICE reviews his record, Helen told WNDU-TV.

“Roberto has his Social Security card," she told the station. "He's got his license; he's got everything he needs to have to be here."
As for Helen, “she thought that he (the President) could change America for the better,” Jasmine said. “She didn’t think it was going to be like this. It’s too much.”


NY Daily News
Posted by dubem naija blog at 8:29 am