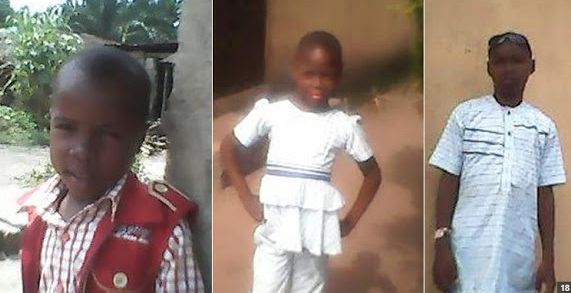 There was tears and wailing in Eku, in the Ethiope East area of Delta State after three children of a woman, identified as Ms Elohor Gabriel, were electrocuted on Saturday, following a power surge in the community.
It was learnt that the children were electrocuted when the covering of the cable connecting power to their apartment burnt, and the live wire came in contact with some burglar-proof bars while the children were playing at the veranda of the house they lived in.

The deceased were identified as Blessed Adam,6; Elizabeth Adam, 9; and John Oluwadare, 15.

It was gathered that they were the only ones at home when the incident occurred.

A source said, “We ran into our houses when we noticed the spark. When we came outside, we noticed that the children had been electrocuted while holding the burglar-proof bars covering the veranda of the house.

“We noticed that the wire connecting electricity to the house which passed through the burglary-proof bars, had been burnt, exposing it to the bars. The children touched some of the bars and were electrocuted.”

Mother of the children, Elohor, who is in her late 30s, said that she had yet to come to terms with the fact that her three children had gone.

The grieving mother said, “I was not at home when the incident happened and before I got to the hospital, where my neighbours had rushed them to, they were already gone.

“I went out to buy them bread and when I returned, I saw people in the house, who told me what happened. I saw their lifeless bodies at the hospital.”
Posted by dubem naija blog at 2:21 pm