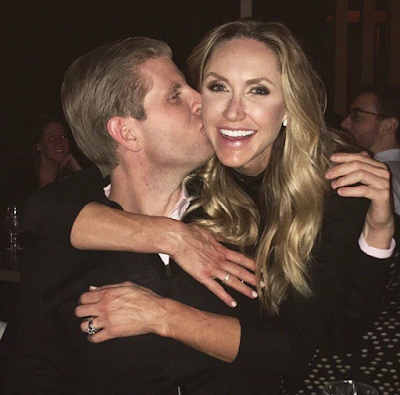 US President, Donald Trump will be a grand father for the 9th time this September. His son, Eric Trump and wife announced  a few hours ago that they're anticipating the September arrival of their first child, a boy. In an Instagram post, Eric wrote, 'Lara and I are excited to announce that we are adding a boy to #TeamTrump in September. It's been an amazing year. We are blessed'.
The couple married at Mar-a-Lago in 2014 and their son will be Trump's ninth grandchild. 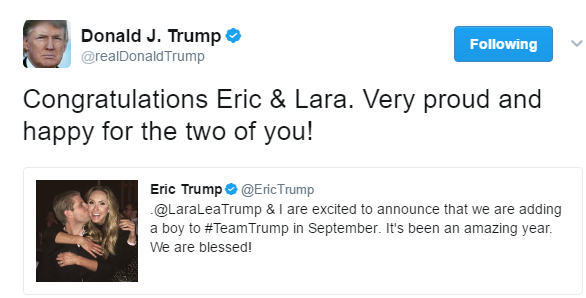 Posted by dubem naija blog at 9:11 am