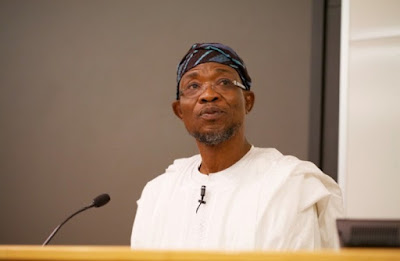 The ruling All Progressives Congress, APC, in Osun State has said only candidate that would continue the six-point Integral Action Plan of Governor Rauf Aregbesola would be fielded by the party to succeed him in the next year governorship election. The Secretary to the government of Osun State, Alhaji Moshood Adeoti, disclosed this at a forum: “A discourse on Ogbeni Rauf Aregbesola in the polity of the state of Osun” tagged Enroute Rauf, weekend.


The forum was organised for friends and associates of the governor to tell the history of how Aregbesola came to Osun State.

The SSG said: “They should say whatever they like. Whoever wants to succeed Aregbesola must be ready to continue his six-point integral action plan.

“The policy laid down by Asiwaju Tinubu was sustained by Fashola and Ambode is building on it. That is why Lagos State is progressing. “We are satisfied with the six-point integral action plan of Aregbesola and we would not allow anybody not ready to maintain and sustain the success achieved by the governor.

APC Chairman in the state, Prince Gboyega Famoodun, said there is need to reply critics and clear some issues raised against the governor.

Tracing the history of how Aregbesola became governor in Osun State, Famoodun flayed those claiming to be behind the governor’s to Osun State.

Though, Famoodun did not specifically mention name, it would be recalled that a chieftain of APC in the state, Alhaji Fatai Diekola, reportedly said that Aregbesola would be sent back to Lagos where they brought him from.

Diekola was reported to have said that he knew how Aregbesola came to Osun and he know how he would be sent back.
Posted by dubem naija blog at 9:21 am