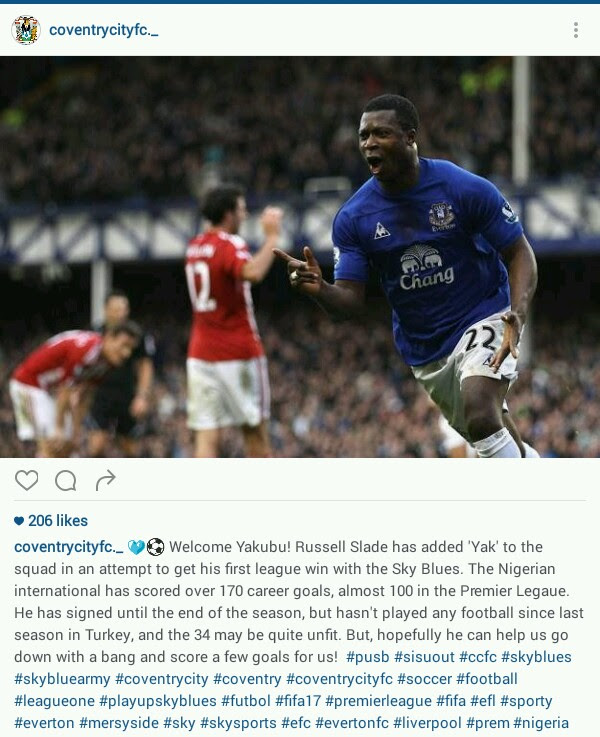 Former Super Eagles striker Yakubu Aiyegbeni  has joined Coventry City on a short-term deal. The 34-year-old Nigerian has penned a deal with Russell Slade's Sky Blues until the end of the season. The Yak - as he is affectionately known - played for Royals for four months at the beginning of 2015.
Signed by then boss Steve Clarke, he went on to make 11 appearances for Royals.

He scored one goal - the winner in the 2-1 victory at Derby County - helping the side on their memorable run to the semi-finals of the competition before theylost to  at Wembley.

Yakubu has scored more than 130 senior goals in his time in England, where he has also played for Portsmouth, Blackburn Rovers, Everton and Middlesborough.

The Yak was most recently playing for Turkish side Kayserispor.