Thief caught stealing offering from a mosque in Oshodi, Lagos 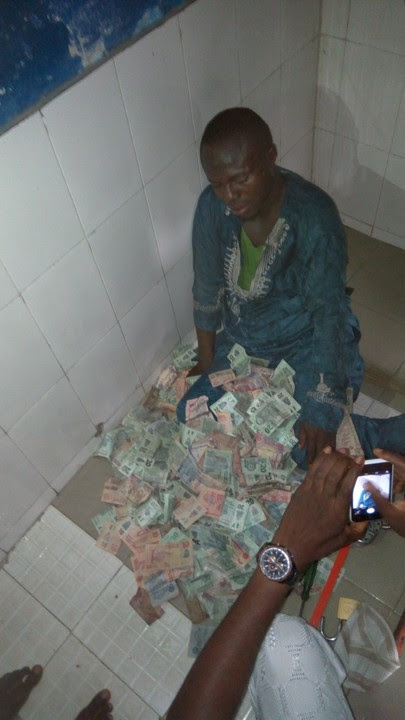 This story was shared by a nairaland user; Thunder74. He wrote: On my way back from office on 29/12/16, I saw some people shouting and screaming and as a Lagos guy, I branched to see the show but was surprised to see this thief who was caught red handed stealing "offering" from a mosques on Adeyemi street, Oshodi.
He came with a bag, saw/iron cutter he used to cut the drawers where the money was kept. He was later handed over to Akinpelu police. 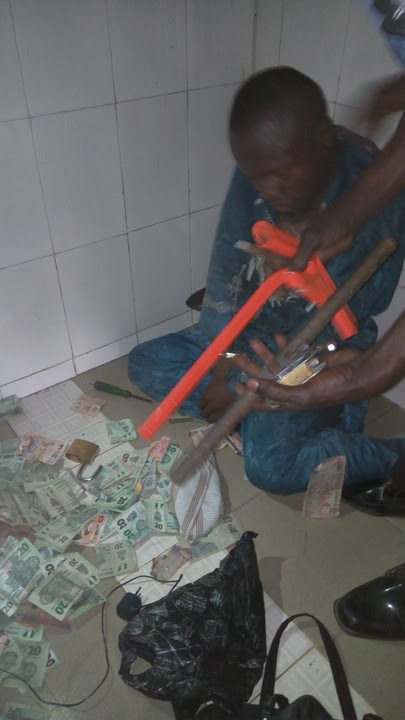