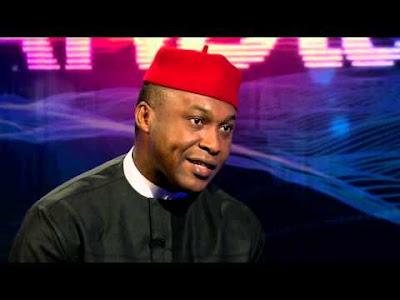 The legend and achiever of uncommon goals is set to stir the bees’ colony by throwing in his hat in 2017, to contest the exalted Governorship seat in his home state, Anambra. Osita left indelible prints in the sands of time, when he reformed the Federal Road Safety Corps, as he held sway as the Corps Marshall. He brought about reforms and policies in the once non-active federal government commission. Born in 1971, to the family of CHIDOKA in Obosi, Idemili North Local Government Area of Anambra state, the icon has a unique style of leadership, fueled with passion to make the change.

As an observer of politics playing out in the state, one will conclude that there is no other right time for the young Chidoka to govern and lead his state to greater heights, other than in 2018. The energetic man has in him, the burning zeal and enthusiasm to steer the affairs of Anambra, bringing the fruits of Democracy to every citizen of the state, and harnessing the potentials that abounds in the state, for the good and betterment of all.

The Obosi born politician is well grounded and experienced in what Leadership is all about. During the time of Goodluck Jonathan, Chidoka handled the Aviation Ministry so well that the International community, groups, professional bodies and others, bestowed on him, many accolades and awards. The brief time he held sway as the Aviation Minister was one of the best times in the Aviation Sector of the economy, according to Thomas Ogunlesi, an aviation expert and a former Captain with the defunct Nigeria Airways.

When DNB paid Chidoka a courtesy visit at his country home, in the heart of Obosi town, the young man briefed DNB on issues plaguing the state, and how he plans to salvage the state when elected as the Governor. According to him, there was no reason Anambra should be where it is at moment, considering the huge potentials, both Human and natural resources that abounds. He indentified Leadership problem and unnecessary political tussle as the key factors mitigating against the development of the state. He pointed out the present quagmire in Anambra Central senatorial seat and condemned the fact that the constituency has for long been without a senator (after the sack of its senator by the Law Court), thereby denying the constituents of their rights and allocations from the Federal Government. He also identified Agriculture and Industry as the key sectors needed to pay extreme attention to, if the luck of the State will be pushed to its limit. He thereafter assured Ndi Anambra that if given the opportunity to serve the state in that capacity, he will bring about the desired change everyone yearns for.

Anambra state at present needs crops of leaders that have what it takes to deliver the state from the shackles of bondage and misery. It needs youthful leaders willing to work, and not to loot. An able bodied individual that has the capacity and sagacity to drive the state out of the current economic mess; Osita Chidoka is the right man for the top job, as he has all the potentials listed above.  Currently, he is enrolled at the prestigious Baze University Abuja, where he intends to graduate with a degree in Law.