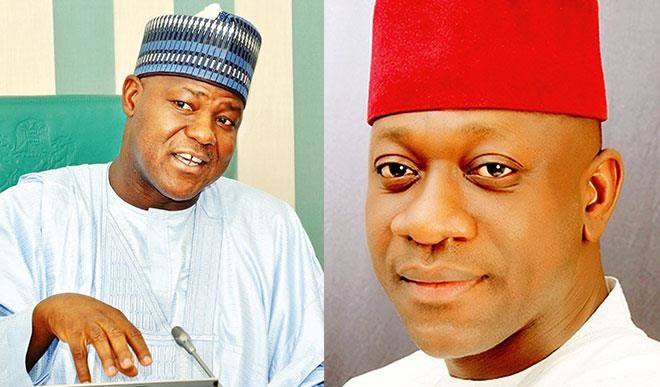 The suspended former chairman of the House of Representatives appropriation committee, Abdulmumin Jibrin, has “secretly begged Speaker Yakubu Dogara,” Daily Trust has gathered. It was gathered that Jibrin, who was suspended in September for one year, following his allegations of massive fraud in the House, had delegated some lawmakers close to the speaker to appeal to Dogara for forgiveness for all that he did.

Jibrin had, after his sack on July 20, alleged that Dogara, his deputy, Yussuf Suleiman Lasun, Chief Whip Alhassan Ado Doguwa and Minority Leader Leo Ogor, made failed attempts to force him to insert projects worth about N40 billion for them in the 2016 budget, among other allegations.

He later fled the country in November to the United Kingdom, citing threats to his life. But he returned last week and said it was at the behest of one of the anti-graft agencies for him to testify against some of the people he accused of corruption in the House.

However, our correspondent gathered that even before he embarked on the exile, Jibrin had sent some lawmakers, particularly from the North-east and North-west, to beg Dogara for settlement.

After his return, it was further gathered, Jibrin made efforts to settle with Dogara through some lawmakers and elder statesmen.

He reportedly visited a ranking member, a close ally of Dogara, from Borno State at the latter’s Maitama residence in Abuja and pleaded with him to also intervene.

It was learnt that as part of the moves, Jibrin posted a happy birthday message to the speaker on his Twitter handle on Tuesday, which read: “This is to wish Mr Speaker a happy 49th birthday and many prosperous years ahead. Wishing you God guidance and blessings.”

Our correspondent recalls that Jibrin made a similar move on September 20 when he joined his colleagues to give the speaker a standing ovation at plenary after Dogara finished reading welcoming speech from a two-month recess.

But the lawmaker had severally denied any attempt to either settle or apologise to the House on the matter, saying he believed his allegations were justified.
Posted by dubem naija blog at 2:44 pm