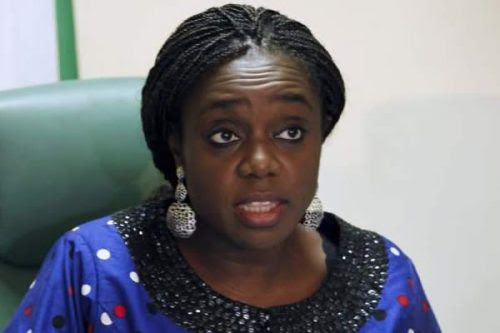 Some officials of the Budget Office, who were indicted and sanctioned for their roles in the padding of the 2016 budget, have surreptitiously found their ways back to the newly created cash office of the Ministry of Finance, The PUNCH has learnt.

It was gathered that the Office of the Head of Civil Service of the Federation had redeployed the indicted officials from the Expenditure Department of the Budget Office to the new unit in the finance ministry.

Investigation revealed that 12 out of the 15 persons of the Budget Office, who were redeployed to other ministries following the budget padding scandal, had been posted to the Cash Management Office, located on the sixth floor of the Ministry of Finance by the Department of Employee Mobility in the Office of the HoS.

A top source in the OHCSF told one of our correspondents on Thursday that those affected were two directors, two assistant directors and other officers from Level 07 to 13.

The source added that the officers, who were moved from the budget office, now formed the nucleus of the new department.

The source stated, “The personnel involved are the key schedule officials, they fall into the intermediate cadre who handle the major paper work in the Expenditure Department of the Budget Office.

“The indictment of the personnel of the Department led to the removal of the Director-General, Mr. Yahaya Gusau. The directorate cadre were deployed out. The directive was for the intermediate officers to be deployed out but they did not obey the directive.

“The deployment was put on hold. They were still in the Budget Office until they were deployed by the Head of Service to the Cash Management Department of the Ministry of Finance.”

It was learnt that the Ministry of Finance created the new department to reclaim some of its responsibilities which were being carried out by the Expenditure Department of the Budget Office.

The office, which was set up by the Minister of Finance, Mrs. Kemi Adeosun, in September this year, is saddled with the responsibility of allocating resources that accrue to the treasury to various Ministries, Departments and Agencies of government.

The office, headed by Adeosun, has the Accountant General of the Federation, Mr Ahmed Idris; the Director, Cash Allocation and other directors as members.

Its job is to assess the needs of the various ministries, match them with available resources and consider the degree of utilisation of the previous capital vote releases.

In doing so, it tries to inject more money to implement the capital component of government programmes based on the utilisation capacity of the respective MDAs.

It was learnt that the ability of the MDA to utilise capital vote, determined the funds to be released by the office.

Another official, who spoke on condition of anonymity as he was not officially permitted to speak on the matter, said, “There is a disturbing trend now in the civil service and it has to do with the way people manoeuvre around the system for selfish reasons.

The official added, “Early this year, the news broke that some top civil servants were involved in padding the 2016 budget. Those involved in that scam, who were found culpable, were disciplined and even posted out of the budget office.

“As I speak to you now, about 12 of them have found their way back to the ministry of finance, occupying important positions.

“They were able to get their way back to the finance ministry because they would have influenced one or two people involved in postings at the Office of the Head of Civil Service of the Federation.”

When contacted to respond to claims that the cash allocation office is composed of some civil servants involved in the budget padding saga, who lobbied their way back to the finance ministry, the Media Adviser to the finance minister, Mr. Festus Akanbi, referred one of our correspondents to the Director, Press, in the ministry.

Attempts to get the comments of the Director, Press, Ministry of Finance, Mr. Salisu Dambatta, were not successful as he refused to speak on the matter, directing one of our correspondents to the Head of Service.

The Director of Communications, Office of the Head of Civil Service of the Federation, Mr. Haruna Imrana, said it was the responsibility of the Employee Mobility to move people from one department to the other.

He stated that the movement could only have been an issue if it was established by an investigative body that the affected personnel were involved in budget padding.

Imrana said, “It is the job of Employee Mobility to move people, unless you have established that these people have been wrongly moved or something. I don’t know what the news is about. Have you been able to establish that these were the people that were involved in budget padding?

“That is the job of that department to move people. Come to my office and I will give you a list of movement by Employee Mobility. They were moved by a department that should move them, that is a normal movement.