10 most BACKWARD and LEAST DEVELOPING STATES in NIGERIA 2016 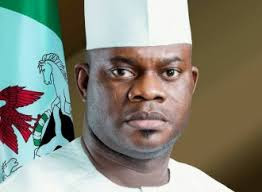 Some developmental yardsticks were used in coming to the above conclusion.
BENUE STATE: The North central state is one of the least developed states in that part of the country. It is a state blessed with abundant Agricultural resources and Human wealth, but it lacked a focused leader that can harness the huge potentials that abounds. The state was recently in the news about the rampaging Fulani herdsmen having its field-day there. Health policies should be drafted to salvage the state from HIV/AIDS and related diseases plaguing its citizens. 2   KOGI STATE: Kogi state is adjudged to be one of the worst states in Nigeria in terms of developmental pace. There is no infrastructal development whatsoever taking place in the state. Kogi was once Nigeria’s manufacturing hub. It had super steel industries; capable of spinning the nation out of joblessness, but the opportunity wasn’t utilized.  The industries, amenities, roads, infrastructures have since dilapidated. Go to Kogi and confirm these facts raised thereof.

3   EKITI STATE: The State led by Fayose is said to be the least developed state, southwest of Nigeria. The fountain of Knowledge churns out good number of educational elites yearly, but have not utilized good, the knowledge that abounds in its people. Instead of focusing on how best to salvage the state out of its economic misery, the state Governor rather chose to become the unofficial spokesperson of his Party, and an ardent jab thrower to the president.

4  BORNO STATE: The state since 2010 has been ravaged by Boko haram terrorists. Since then, no developmental strides or policy have been initiated or commenced in the state by its Government. The Government of the state claimed that it has been undertaking reconstruction and related projects.  The once HOME OF PEACE sits atop the least developed/developing state in the Northeastern part of the country. Until urgent steps are adopted in getting the state back on its track, the state will comfortably retain its Position in my list.

5   EBONYI: Ebonyi state should be one of the Agricultural hubs of the nation. The state is capable of feeding Nigeria comfortably and also earn forex for it, but it’s not so. Aside the state capital Abakiliki and Afikpo, all other towns and villages in the state is said to be living in the past ages. The present Governor of the state is said to be the only state Governor since the creation of the state to focus on the provision of basic infrastructural amenities. It wouldn’t surprise you to know that residents of other South Eastern states of Nigeria regards the inhabitants of Ebonyi as people who are yet to have contact with civilization.

6   NASARAWA STATE: Nasarawa state of Nigeria like its brother states (Benue and Kogi) in the north central zone of Nigeria has nothing to boast of in terms of development, infrastructure, roads, etc. It is a state so close to the FCT that it ought to take advantage of the proximity to better the lives of its residents/citizens. The Governors of this state, from Abdullahi to Al-Makura have always had its priorities misplaced. One can only but laugh, when the present state Governor wanted to initiate an International cargo airport project in the state. The state that could barely feed its citizens should embark on massive Agricultural and economic drive aimed at uplifting the standards of its citizens, and not embarking on elephant non-achievable goals.

7   KWARA: This is a state flowing with rich cultural diversity, and human resources, but has been tied down by the series of Quack leaders plaguing the state since creation. There are no modern developments in the state. It is a well known fact that the current Governor of the state diverts all resources accrued to the state for developments, to his godfather, who is a popular figure in the Nigerian Senate.

DELTA: I almost shed tears when I see the huge resources and funds the state gets from Oil derivations and taxes, but nothing on ground to show for it. Almost all the Presidential campaigns done in Nigeria are bankrolled with Money sourced from the state. Okowa should strive hard to earn a name for himself and to endear himself to the heart of Deltans. He should focus on revitalizing key sectors of the economy in the state. Kidnapping and Insecurity should also be well tackled. Tourism sector should be developed in the state.

ADAMAWA & TARABA: The two northern states are nothing to write home about when it comes to development. There are little or no amenities on ground. Adamawa state is the Home state of an ex Vice President of the nation who couldn’t attract federal projects and developments to the place. The state has also had its share of Boko Haram insurgents and Terrorism. I nearly wept the first time I visited Jalingo, during the time of Suntai. It was nowhere near what a state capital should look like.

1   ENUGU: Sitting gloriously atop the list of least Developing state in Nigeria is Enugu state. The coal city state is found in-between Kogi, Benue and Anambra States. Ever been to places like NSUKKA, OJI RIVER or OBOLLO-AFOR, fifteen years ago and return there in 2016 to wonder what sort of people leading the state. The only developed town In Enugu state is the state Capital (ENUGU), and it shouldn’t be so. All other parts of town should be developed simultaneously. There are no good roads in Enugu state, No water and other basic amenities. Ask anyone living in ENUGU town where he gets his water from and you be the judge yourself. The present Governor, haven come from one of the least developed areas of the state should strive hard to make sure that not only his town rivals the state capital, but also, other forgotten and neglected towns, villages and clusters.

I have been to all 36 states in NIGERIA and the FCT, and the above is my personal opinion based on what I saw on ground. If you are from any of the above mentioned state and you wish to criticize the OP, [I understand it is natural to defend your state] do it constructively and counter him with facts. THANK YOU!