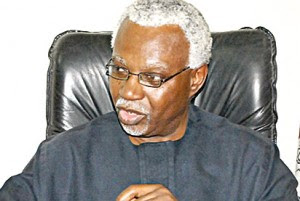 Mr. Nta Expo, Chairman of the Independent Corrupt Practices and other related offences Commission, ICPC, may have been sacked by President Muhammadu Buhari. An ICPC source told Vanguard, yesterday, that a letter from the office of the Secretary to the Government of the Federation, SGF, informed Mr. Expo that he should proceed on compulsory leave beginning from today, October 26.
The source told Vanguard that the Chairman had earlier received two letters from the office of the SGF, informing him to proceed on compulsory leave, which he allegedly ignored. Mr. Nta was appointed by President Jonathan in acting capacity in 2011 and was confirmed a year after by the Senate.

Vanguard learned that the Chairman plans to formally inform staff of the commission about his formal exit this morning.

Although no reason was given for the abrupt sack of the ICPC boss, it was gathered that his handling of corruption cases against former governors may have nailed him.