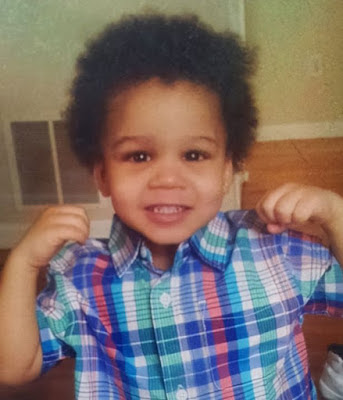 This is so sad! A toddler was beaten to death while defending his mother from her abusive boyfriend during a fight about 'mere' groceries. A court heard how Jamil 'JB' Baskerville Jr was present when his mum's partner, Zachary Tricoche, 24, started arguing with her about her food purchases.

The 2yrs old became upset and 'stepped in to intervene' after Zachary allegedly shoved the mother at a home in New Jersey, US., NBC reports.
The little boy's intervention enraged Zachary, who punched the youngster so hard in the chest that he fell onto a wall and struck his head, prosecutors said. 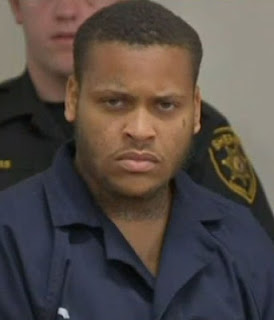 Sadly, when little JB got back up, the boyfriend allegedly told the tot to 'put up his hands' to fight like a grown man before punching him a second time. Just imagine!

The impact of the strike caused the child to hit his head against the wall again, and left him with severe injuries to his organs, NBC reports.

He tragically bled to death after his tiny liver was crushed, a medical examiner ruled.

Zachary, from Pennsauken, has been arraigned on first-degree murder charges following JB's death on the night of August 20.

He did not enter a plea and his bail was set at $1million cash.
Posted by dubem naija blog at 10:00 am