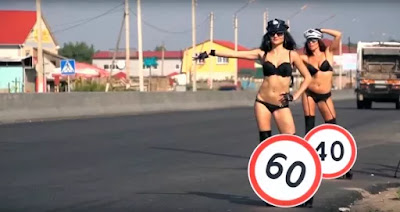 Russian drivers are getting quite an eyeful in a bid to make them slow down thanks to topless women flashing speed limit signs at an accident blackspot. A trial of the road safety campaign demonstrated that it helped lower the speed of traffic near a pedestrian crossing in Severny village. The experiment was first started in 2013 but the idea has been revived as part of a new national debate on reducing the 30,000 a year deaths on Russia's roads.
Road safety campaign Avtodrizhenia staged the trial and said that "most speeding drivers, the majority of whom happened to be men, slowed down to admire the female road safety assistants," according to a report. The topless women held signs warning of 60 and 40 kilometres per hour.

There were no reports of accidents caused by drivers being distracted.

Older pedestrians said they were happy the speed was being enforced as they were terrified for their lives when they used the crossing, with one female pensioner saying: "Drivers do not let us cross.
"Some of them do but many others just fly past.

"I'd like to see more of this by the road, and yes I looked at speed limit sign this time. It will teach other drivers too." 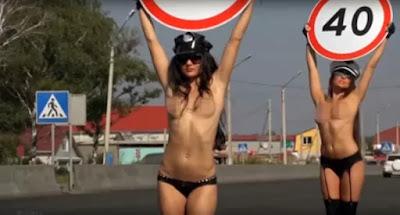 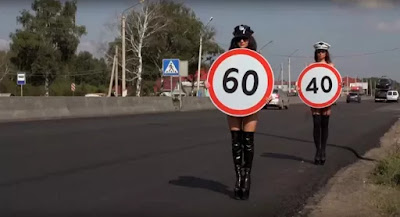 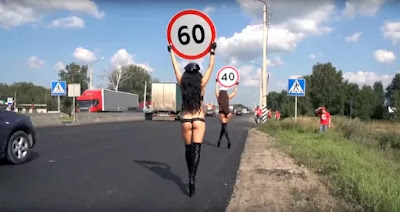