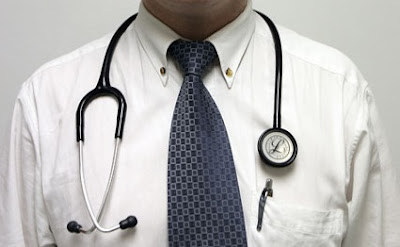 Doctor Peter Odey, a famous medical practitioner in Ogoja, Cross River State, was at the weekend, burnt to death in his sleep at his house located on Ibadan Street, Igoli-Ogoja. According to a source in the area, the doctor and his assistant were in the house on Friday evening, when there was a disruption in public power supply and he instructed the boy to light a candle.
The candle was placed in the parlour. Before the candle burnt out, it lit the table it was placed on and, from there, engulfed the whole house.

Jonah Ayikang, a cousin of the doctor, told Vanguard: “After the boy lit the candle, they retired to
their different rooms and slept off without putting out the candle. It burnt out and eventually burnt the table it was placed on from where it spread and consumed the whole house. “The Hausa boy, who served as his assistance, ran out of the house through the window, but doctor could not come out. By the time men of the fire service put out the fire, he had been burnt.”

Ayikang said the man, who is in his 80s, retired from active medical practice and was only carrying out consultancy services from his house, as many people still went to him for advice and other assistance.

He lived with the young Hausa boy, who ran errands for him. A source from Cross River Fire Station in Ogoja, confirmed the incident, adding that they arrived the scene when the havoc had been done. “We got there some minutes past 11p.m. and the house was almost razed. By the time we put out the fire, the damage had been done.”