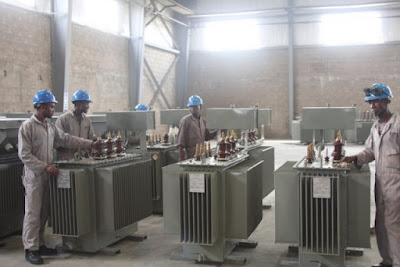 The Federal Government has warned households, communities and corporate organisations to desist from buying transformers and other electricity equipment for use in their areas. The Minister of Power, Works and Housing, Mr. Babatunde Fashola, gave the warning when the Managing Director/Chief Executive Officer, Abuja Electricity Distribution Company, Mr. Ernest Mupwaya, paid him a visit in Abuja.

A statement issued by the minister’s Deputy Director of Press, Ibrahim Haruna, quoted Fashola as saying that most of the challenges facing the sector were not technical issues alone, but human.

Warning individuals and other corporate organisations to desist from purchasing transformers, the minister said only distribution companies were authorised to buy and install transformers and other power equipment in their areas of operation.

He said the warning had become necessary, as government intended to totally eradicate the proliferation of fake and substandard transformers coming into the country without appropriate certification.

Addressing some of the issues raised by the AEDC, including non-payment of electricity bills by Ministries, Departments and Agencies, the minister said the government was fully committed to the payment of the backlog of bills after thorough verification to ascertain those claims before payments could be effected.

On energy conservation drive, Fashola called on distribution companies to focus their strengths on sensitising consumers to the need to save energy by habitually putting off electrical gadgets and appliances, when not in use as well as improving on their customer relations and building customers’ confidence through quality service delivery strategy.

He said that the government was fully ready to deal with vandals in the electricity sector through the imposition of stringent measures, which could be punitive, stressing that this would serve as deterrent to other perpetrators.

Mupwaya said his company was fully committed to making its customers happy through regular supply of electricity to their homes and business places in a safe and affordable manner.

According to him, the company now has installed network capacity of about 870 megawatts, above 650MW peak power received across its franchise area.