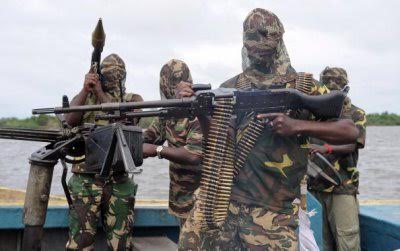 Niger Delta Avengers have denied allegations that they have split within. One Cynthia White had released a statement two days ago, claiming that a faction split from the Militant group and are to be referred to as the Reformed Niger Delta Avengers (RNDA). However, Brig. Gen Mudoch Agbinibo, spokesperson for the NDA, has debunked such claims. The statement reads:

The thinking to lure the public to another lie of spirit in the Niger Delta Avengers is only the ways of a government agents and agencies with delusional disorder. This is result of a government and security agencies that are only becoming childish everyday for engaging drug addicts, bank robbers, sea pirates, falling political angels and charlatans to undo the Niger Delta people our genuine desire to self determination and resource control.

The public and all sane minds should know that the entire household of the Niger Delta Avengers remain intact, we are in good spirit with highest morals and even more dedicated toget the ultimate targets. We are not like the present Nigeria government, military and security agencies that have thrown intelligence to the dustbin and are being pushed around by dirty moral and egos of political thugs, criminals and illegal crude oil bunkerers like Boyloaf, Timipre Silva, Ayiri Emami, and their main collaborator Mr. Lawal Daura (DG DSS). It is quite unfortunate that, Cynthia Whyte and Jomo Gbomo of defunct Joint Revolutionary Council and MEND respectively are the spokesperson of the Nigerian intelligentsia community because of some political interest and a government that have abdicated powers to clansmen and tribal lords.

The fact checks about Cynthia Whyte AKA George Karley and his sponsors should be laid bare before the public now that the Nigerian security and intelligent community has turned the Niger Delta genuine struggle to a tool of political patronage and money making machine for miscreants and conflict merchants. The name Cynthai Whyte was the negotiation organ for Mr. Victor Ebikabowei Ben (Boyloaf), Former governor Timipre Silva and Sele Ebikabowei for settlements in kidnappings, bank robberies, illegal crude oil bunkering and dirty jobs for government.

Like sending of Sele Ebikabowei to South Africa to testify against Henry Okah, back at home against Charles Okah and Edmund Ebiwari after collecting huge bribes. So we are not surprised for this so-called MEND speaking under Victor Ebikabowei Ben (Boyloaf) to introduce his complete house to collect more patronages in their desperation.

Conclusively, it is the house of the Nigeria security and intelligentstia community that is having splits and giving room to miscreants to be speaking for them as president Muhammadu Buhari abdicate governance to his kinsmen and tribal lords. We warned the world and Nigerians earlier, especially the Barr. Odein Ajumogobias, the Judith Asunis and HRM, Majesty King Alfred Diette Spiffs to think before they leap with characters using a compromised platform called MEND that is sold and bought up by special interests of the Nigerian Security agencies that are working for this APC government of lies and deceits.