Policeman and his NSCDC lover killed by generator fumes in Anambra 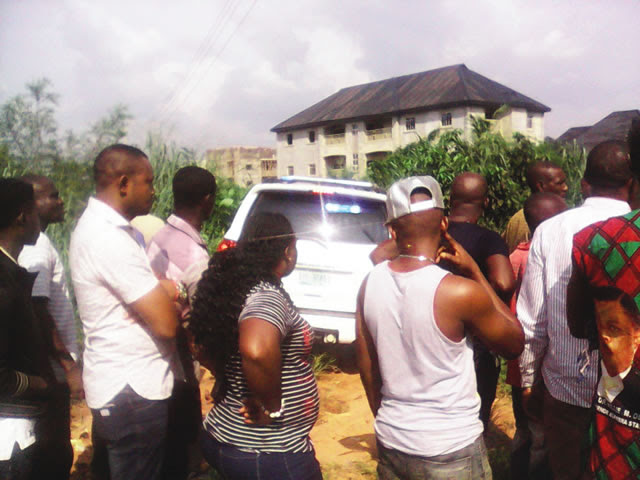 A man identified by his neighbours as a policeman, and his lover, suspected to be a member of the Nigeria Security and Civil Defence Corps have been killed by generator fumes on Saturday in Anambra State. The name of the policeman could not be ascertained as of press time, but his lover’s name was given as Ifeoma.
Ifeoma, a mother of five and the policeman, a father of three, were found dead on Sunday, in an apartment at Ezinifite Okpuno, Awka-South Local Government Area of Anambra State.

It was gathered that the policeman’s family lived in Lagos, while his lover’s family stayed in Awka.

Punch Metro learnt that Ifeoma told her husband that she was going to attend a church vigil, but ended up at her lover’s house, which was nearby.

A source said, “The woman spent the night with her police lover until a labourer, who was to work for the policeman, came in the morning and discovered their dead bodies.

“The labourer then rushed out and alerted neighbours.

“The neighbours followed him to confirm the incident, before a relative intervened and locked the gate, preventing people from further going inside the apartment.”

Some neighbours interviewed by Punch correspondent said the victims might have been killed by generator fumes.

One of them said, “There was the sound of a small generator throughout the night in his apartment. But at about 4am, it went dead; maybe the fuel got finished.

“The policeman lived on the third floor of the house. As a policeman, he hardly stayed around, but each time he was around, everybody would know, because he would run his generator all through the night. Everybody called him ‘Officer’, but I think he was an inspector.”

The building, according to reports, belonged to the younger brother of the deceased policeman. After a long wait by residents, who wanted to catch a glimpse of the dead bodies, security men, comprising local, the police and men of the NSCDC, arrived at the scene and dispersed the crowd.

The security operatives later took away the corpses in an ambulance.

When contacted on the development, the state Police Public Relations Office, ASP Nkeiru Nwode, said, “With due respect, the man in question is not a member of the Nigeria Police Force and the woman’s identity is yet to be ascertained.

“I have not yet been fully briefed on the story. As soon as I get the details, I will communicate with you, please.”

Source: Punch
Posted by dubem naija blog at 9:44 am