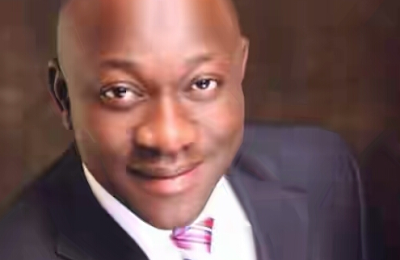 The acting National Publicity Secretary of the All Progressives Congress, APC, Comrade Timi Frank has slammed former chairman of the House of Representatives Committee on Appropriations, Abdulmumuni Jibrin, for disregarding the party’s order to desist from further public utterances regarding the budget padding scandal in the house.

After the directive by the ruling party, Jibrin had gone ahead to accuse the Speaker, Yakubu Dogara of conniving with two serving governors and four former Reps members to block his access to President Muhammadu Buhari in order to explain his side of the story. In a statement issued on Monday, Frank spoke more on this saying;

“It is now obvious how disrespectful, mannerless and desperate Hon. Jibrin could be even to the leaders of our party which include the deputy national chairman (north), national secretary, national treasurer and others who have been sleeplessly working to ensure that peace returns to the House. Continue...


“But if Hon. Jibrin does not have respect for Speaker Dogara as a person, it is expected of him to respect the office of the speaker, the number four citizen of our party and the country. Jibrin should also be told that he has clearly shown disrespect for President Muhammadu Buhari who is the leader of our party by this singular act.

“It is high time Hon. Jibrin kept quiet and stopped this public show of shame before his excesses will be made known to Nigerians and the whole world.”

The acting APC spokesman reminded Jibrin that “his continued show of shame does not only stop at him but has great negative impact on the party, its members and the President Muhammadu Buhari-led government.

“He should also be aware that disobeying the party in this manner may attract sanctions if the party deems it fit.”
Posted by dubem naija blog at 8:12 am