How I almost killed my wife – General Ibrahim Babangida 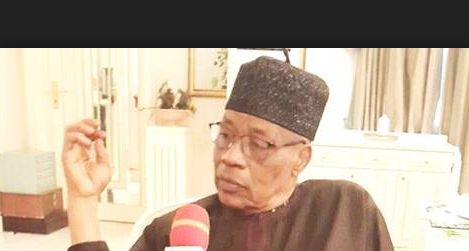 Nigeria's Former Military leader, General Ibrahim Babangida, made a shocking revelation of how he nearly killed his wife, late Maryam at Dodan Barracks, Lagos, in the course of his military career. Babangida, who disclosed this while interacting with journalists at his Minna Hill Top mansion as part of activities marking his 75th birthday yesterday, added that he is not as evil as many people have been made to believe.


Born on August 17, 1941, Babangida, popularly known as IBB, was Nigeria’s military leader from August 27, 1985, when he overthrew Major General Muhammadu Buhari (now president) but “stepped aside” on August 27, 1993, after annulling the June 12, 1993, presidential election.

Responding to a question on whether he had any record of accidental discharge during his career, Babangida said: “Accidental discharge! Oh no, I almost had it with someone very close to me, and when I did, the person involved, luckily was not dead. I had it during the course of my service and it was in Dodan Barracks and the person who almost took it was my wife, but she escaped it.”

The Minna born Army General, however, said that the person who was involved in another related incident was not that lucky. He said: “But I also had a situation where I was moving with some of my junior officers.There was an alarm and the ammunition fell and hit one of them and he dropped dead there. There is nothing you can do, as a commander, you have to move on. Of course, I knew the family very well, because he was my driver.

"They came, I told them what happened and they took it in good fate, saying that was how God wished it to be, but it was a very painful death.” Maryam died at 61 of ovarian cancer on December 27, 2009, in a hospital in Los Angeles, California, the United States with Babangida at her bedside.

The ex-leader, who reflected on life after his wife’s death, said: “It has not been easy, but I thank God that I have children who show remarkable understanding and have been doing their best by trying to do what their mother was doing. I also have a lot of grandchildren and they take most of my time.”

Ibrahim Babangida also spoke about his relationship with Maryam:
“While we were courting, there was one aspect that she did not believe me. She did not believe that I was serious because of the reputation I had as a ‘playboy’, but I assured her that it won’t be a problem that I will be a changed person and I am glad I am. I had no problem solidifying the relationship because I knew her and I knew everyone in her family.”

On misconception of his person, Babangida said: “I am not the evil that quite a lot of people consider that I am. I have had a very excellent background and by training, we have to love. However, I can understand the feeling. But by virtue of the job I was doing, I was bound to be misconstrued and people will take it like that, but I consider it as an opinion. As long as I am not what you think I was, I feel satisfied.”

He added: “I read somewhere some time ago, where they said I stole N12.8 billion and I said: If I stole such money, I had no business staying in the country. But those are the type of things that one has to live with. I hope the younger generation will carry out research on leadership, individuals and what role they played in the development of the nation so that they come up with a different conclusion from what is on the ground now.” Babangida, who also spoke on the polity, called for a part-time legislature to cut the high cost of governance.

“During my public life, there were a number of decisions I took as a military officer or as a political officer when I was a dictator that if I had the chance again, I would have done differently. For example, in 1989, we proposed that the National Assembly should be optional, that is part-time. I still believe that if I had the opportunity, I would make the National Assembly part time. I believe in that very strongly. It’s all in the effort to cut down the cost of governance,” he stressed.
Posted by dubem naija blog at 2:12 pm