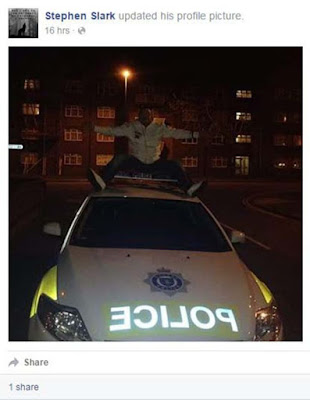 A wanted man is taunting detectives with pictures of him sat on a POLICE CAR and giving the middle finger. Convicted burglar Steven Slark is wanted on recall to prison for breaching conditions of his release on licence. Yet fugitive Slark brazenly SHARED the police appeal to trace and even hinted at the street where he might be found in Southwick, Brighton. 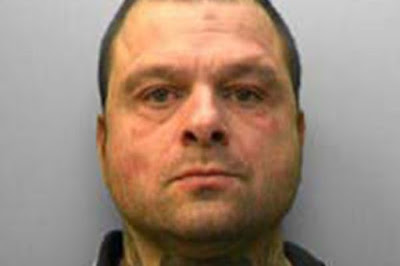 The tattooed criminal uploaded several pictures of himself enjoying his freedom including one where he was sat on the roof of a Sussex Police car at night.

The 38-year-old also posted a meme which read: "I'm gonna sit back and watch this escalate." 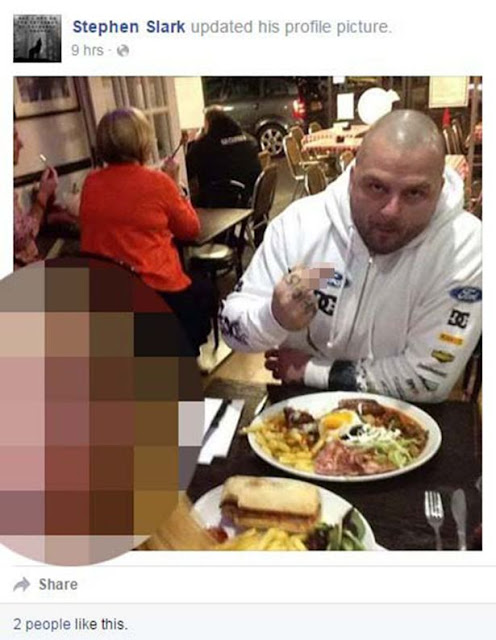 Slark, whose neck and upper body are covered in distinctive tattoos, was given a one-year jail term in March after being found guilty of burglary at Lewes Crown Court.

Sussex Police issued an appeal for his whereabouts on Wednesday afternoon, but Slark continued to post pictures of himself throughout the night.
Posted by dubem naija blog at 6:43 am