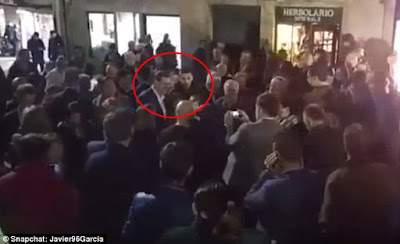 This is the shocking moment that the Spanish Prime Minister is brutally punched in the face by a teenager while they posed for a photo together. Mariano Rajoy, leader of the country's right-wing Popular Party, was hit by the 17-year-old during a walkabout in the Galician city of Pontevedra ahead of general elections on Sunday.

The teenager bypassed his security guards by saying that he wanted to take a selfie with him,and footage shows him standing beside the politician, posing for photographers.

But footage then shows the teenager launch his left fist at Rajoy, striking him in the face and sending his glasses crashing to the floor.

He also hit a security guard when he was arrested at the scene and was pictured giving the thumbs-up and smiling as he was led away by police. 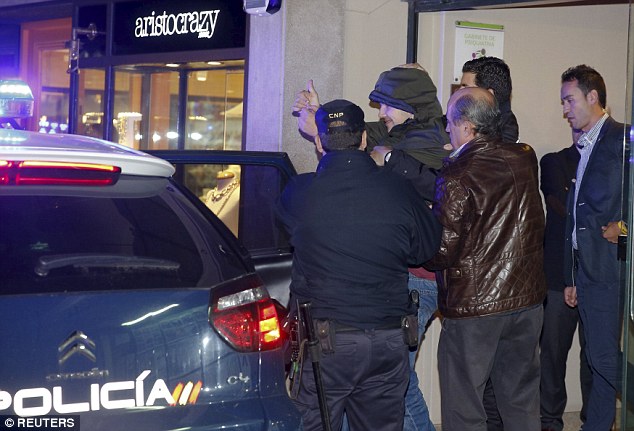 Email ThisBlogThis!Share to TwitterShare to FacebookShare to Pinterest
Spanish Prime Minister punched in the face by a 17-yr-Old teenager who told security he wanted a selfie with him
2015-12-17T08:08:00+01:00
dubem naija blog
Newer Post Older Post Home
Subscribe to: Post Comments (Atom)