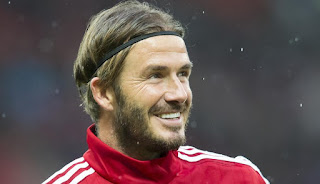 David Beckham has branded FIFA’s corruption scandals ‘disgusting’ but believes the 2018 and 2022 FIFA World Cups should not be moved. FIFA has been in crisis since May when 14 executives were indicted as part an FBI investigation into corruption and last week 16 more officials were charged by US authorities.

FIFA president Sepp Blatter and UEFA president Michel Platini are each serving a 90-day suspension while a Swiss criminal investigation into the bids for the 2018 and 2022 FIFA World Cups in Russia and Qatar was launched earlier this year.

Beckham, who was part of the FA delegation aiming to win the 2018 bid, was asked whether the arrests and the prospect of a new president in 2016 meant FIFA was turning a corner.

“No, they are just hitting the bend,” Beckham told the Christmas issue of Radio Times.
“There’s a lot still to be done. It’s such a mess that it’s going to take a while to sort out.

“For me to see the game, the way it’s been treated and looked after, is devastating. It’s disgusting.”

There have been repeated calls for the 2018 and 2022 elections to be re-run, with 16 of the 24 committee members serving at the time of the bids either already punished for misconduct or currently under investigation.
Posted by dubem naija blog at 6:05 am