36 hours after announcing a trip to Israel, presidential candidate, Donald Trump has decided to postpone it. The December 28th meeting with Israeli prime minister, Benjamin Netanyahu was scheduled before his anti-muslim comments and while Israel says it is ready to receive any presidential candidate, it points out that it is not in support of trump's comments. 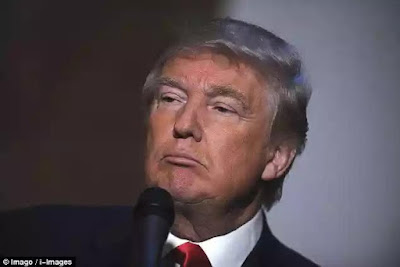 Trump appeared on Fox and Friends shortly afterward and said he changed his plans for 'lots of different reasons', including a desire to alleviate pressure on the Israeli leader, who rebuked him yesterday over his Muslim-banning proposition. The Israeli government confirmed the meeting yesterday and said it was scheduled before the billionaire announced his plan to bar Muslims from entering the U.S.

The prime minister 'will meet with any candidate from any party who will be arriving in Israel and request[s] a meeting,' an Israeli official told The Washington Post.

Netanyahu later issued a statement that said: 'The state of Israel respects all religions and strictly guarantees the rights of all its citizens. At the same time, Israel is fighting against militant Islam that targets Muslims, Christians and Jews alike and threatens the entire world.'

According to the Post, he said late last night on Twitter that he would keep the meeting, but he 'rejects Donald Trump’s latest comments about Muslims.'

On Fox and Friends Trump acknowledged the postponement and said, 'I think that was the better alternative. Netanyahu is 'a good man. But I didn't want to put him under pressure.'

Trump believes that Israel, a strategic American ally, have not been treated well under Obama.
Posted by dubem naija blog at 9:38 pm