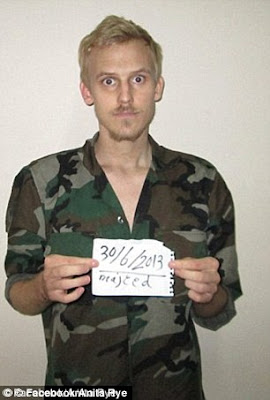 A Danish captive of ISIS has revealed for the first time his chilling experiences at the hands of the bloodthirsty British executioner Jihadi John. Photographer Daniel Rye Ottosen was held by the group for 13 months before being freed after his family paid a hefty ransom. In a new interview, he now described how Jihadi John enjoyed humiliating his victims and once forced him to dance the tango before threatening to cut off his nose with a pair of pliers.

Mr Ottosen told Danish broadcaster DR that Jihadi John real name Mohammed Emwazi and the three others militants known as The Beatles were the cruellest of all his captors.
He recalled Emwazi asking him: 'Do you want to dance?' before pulling him up and forcing him to dance, The Telegraph reported. 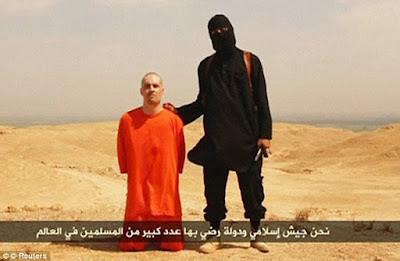 'I just looked at the ground because I didn't want to look at them if you looked them in the eye you would just get beaten more. He led me around the prison and then suddenly it just changed and he threw me down and kicked and hit me. Then they ended by threatening to cut my nose off with side-cutting pliers.'

Mr Ottosen also recalled The Beatles stank, and the captives often smelt their presence before even seeing them. He revealed he was kept in a cell in Aleppo immediately following his capture, where he was interrogated and tortured for two weeks as they tried to force him to admit being a CIA agent.

Mr Ottosen was kidnapped just three days after he went to Syria, where he planned to photograph the suffering of refugees from the civil war.