5 suspected masterminds of the October 2nd Nyanya and Kuje bomb blast that killed 20 people, were today arraigned before a Federal High court in Abuja.

The suspects identified as Andulazeez Muhazab, Ishaka Jimoh, Mohammed Jimoh, Abullahi Nasiru and Abulwaheed Nasiru, were arraigned on a five count charge of conspiracy to carry out a bomb attack utilizing Improvised Explosive Devices (IEDs), resulting in the death of scores of citizens and the injury of several others, as well as the possession of materials which could be used to make IEDs. More photos after the cut... 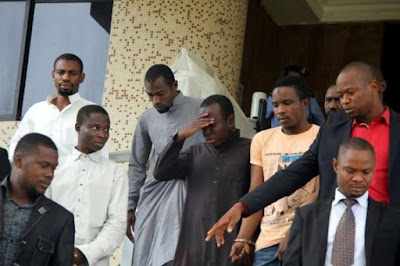 Four of them pleaded not guilty to all five counts charges. However one of them, Abulwaheed Nasiru pleaded guilty to being in possession of materials used in making bombs which he said belonged a friend of his who is currently at large.

The presiding judge, Justice Abdul Kafarati ordered that the suspects be moved from police custody to Kuje prison until their next appearance in court which is on November 17th and 24th. 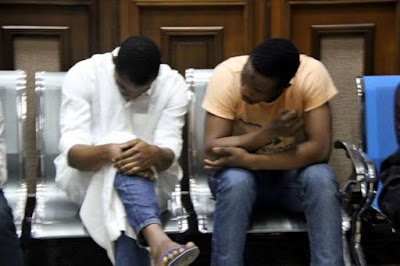 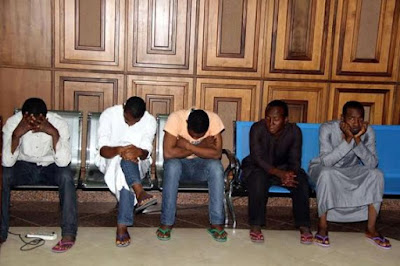