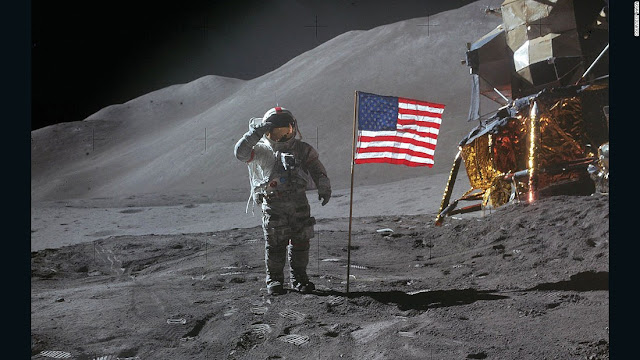 It's an opportunity to own a piece of Space Age history. On October 22, a Bulova Chronograph watch worn by Apollo 15 flight commander Dave Scott while on the moon is hitting the auction block. Because the NASA-authorized Omega Speedmaster watches given to all lunar astronauts are considered government property (and, therefore, unavailable for purchase), Scott's Bulova is considered the only privately owned watch to have spent time on the moon.

Scott brought the Bulova watch on board as backup, in case his Omega watch failed. "I think for baby boomers, like myself, who grew up watching the Apollo program on television, and can remember seeing astronauts like Dave Scott walking on the Moon, it is something you never forget," says Bobby Livingston, executive vice president at RR Auction. "For those of us who now have disposable income, space memorabilia provides a once-in-a-lifetime chance to own a piece that relates to these historic moments." 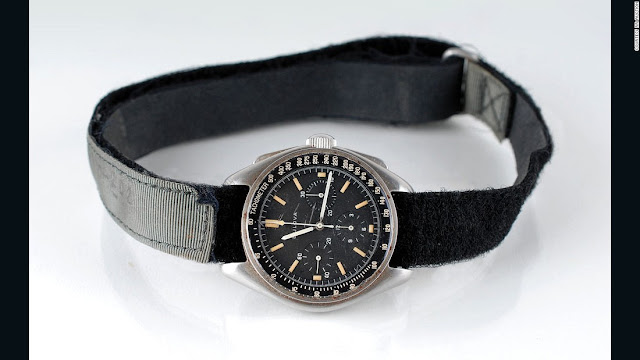 In 2014, the Boston auction house sold the joystick Scott used to land the lunar rover for $610,000. Livingston anticipates that the watch, which has a velcro strap and shows signs of wear, will sell for more, with bidding starting at $50,000. 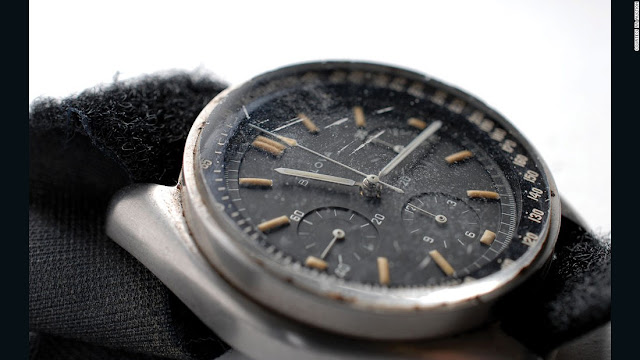 Even the most seemingly mundane Space Age souvenirs, especially lunar memorabilia, which Livingston calls the "holy grail" of collectables, can go for high prices at auction. In 2009, a lunar surface star chart used aboard Apollo 11 sold for $218,000 at a Bonhams Space Sale, while RR Auction sold one of Buzz Aldrin's glove liners from the same mission for just over $60,000 last year.

RR Auctions has already started accepting online bids, and will host a live auction on October 22.