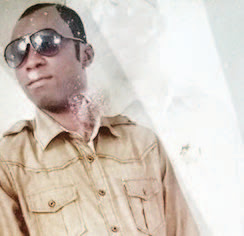 An Islamic cleric, Ali Mohammed, has confessed to killing a 32-year-old graduate of Business Administration, Olufunbi Lawal. The suspect, who owed Olufunbi N32,000, said he killed the deceased in order to avoid paying the debt.

Mohammed said he arranged four other relatives, who killed him on Thursday on Olorunfemi Street, in the Oworonshoki area of Lagos State.

He said, “He (Olufunbi) sold a motorcycle to me for N40, 000 last month and I gave him N8, 000 with a promise to pay up before the end of October. But he kept disturbing me to give him his balance. I delayed in paying because the motorcycle developed some faults that also gulped the money I was to use to pay him.

“On that fateful day, I invited some of my relatives. We killed him in order to stop him from disturbing me.”

PUNCH Metro learnt that Olufunbi, a graduate of a Lagos polytechnic, left his shop to meet Mohammed to collect the money the latter was owing him for a motorcycle he (Olufunbi) sold to him.

As the 32-year-old entered his friend’s house on Thursday night, he was grabbed by a gang of five men led by Mohammed.

The men reportedly tied a rope around his neck before slamming an iron bar on his head, thereby breaking his skull.

Not done, the men chopped off his fingers and slashed his neck with a cutlass.

PUNCH Metro learnt that his corpse was dragged down from the three-storey building and thrown onto the roadside, where it was found on Friday morning.

A resident and close friend of the victim, Funke Nuberu, explained that Olufunbi and Mohammed had been friends for more than four years.

She explained that when Olufunbi’s landlady started demanding rent, he decided to turn to his friend to offset his debt, but the suspect asked for more time.

She said, “Olufunbi had a shop where he sold provisions. Ali (Mohammed) is a security guard on the street; he was employed to guard a renovated building that had been put up for sale by an insurance company.

“Olufunbi’s shop is adjacent to Ali’s house on Olorunfemi Street.

“Olufunbi usually closed his shop around 10pm. But he got a call around 8pm on that fateful day and asked one of his friends to look after the shop and that he would soon return.

“Around 10pm, he was not back and the landlady wanted to lock the gate, so the person looking after the shop came to inform me that Olufunbi had not returned.”

Nuberu said efforts to reach him on his telephone were abortive as it was later discovered that his handset was left in the shop.

She said the call log on the telephone was checked and it turned out that Mohammed was the last person the victim called.

“We challenged him that he was the last person that Olufunbi spoke with on the phone but he said Olufunbi called his old telephone line,” Nuberu added.

It was learnt that the victim’s family members reported the case at the Oworonsoki Police Division.

Charles Shittu, who claimed to have watched over the victim’s shop on Thursday, said he was going to make a statement at the station when information filtered in that a corpse had been found on an adjoining street.

He said it was identified as the 32-year-old.

A resident, Solomon Paul, said the blood dripping from the corpse was traced to the second floor of the building where Mohammed worked as a security guard.

He said, “There was blood from the ground floor to the top floor, so his corpse must have been dragged down after he was killed. We saw the clothes Mohammed wore the previous day, stained with blood. There was also a rope, which was used to tie his neck. The keys to his shop were on the ground.

“We found a crowbar which they used to hit his head and a cutlass that they also used to kill him.”

Paul said some old blood stains were also in the house, suggesting that criminal activities had been going on for some time in the house.

Mohammed was said to be a reputed muezzin in a mosque in the community.

PUNCH Metro learnt that an irate mob that tore through the building descended heavily on Mohammed until he passed out.

The President of the Oworonshoki Youth Forum, Oluwasegun Somorin, who decried the murder, urged security operatives to bring the perpetrators of the crime to book.

The victim’s elder brother, Kazeem, said the family did not have the means to pursue the case, adding that only God could fight for them.

He said, “Olufunbi was very hardworking. He already had a piece of land in Ikorodu, but he put the project on hold because of his education. He also had a fiancée and they were planning their wedding.

“It is only God that can fight for us. His corpse has already been deposited in a mortuary.”

The Police Public Relations Officer, DSP Joe Offor, confirmed the incident, adding that two suspects had been arrested.
Posted by dubem naija blog at 11:00 am