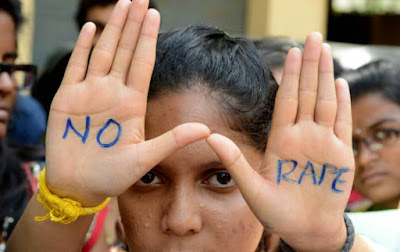 A 13-year-old girl has allegedly decapitated a boy, 5, as a form of revenge after claiming his father raped her. The teenager, who is from a village in India’s northern Uttar Pradesh state, claims she was assaulted earlier this month.


Police say she kidnapped the five-year-old boy while he was playing before committing the murder.
The boy’s body was allegedly found, burnt and wrapped in a polythene bag, when dogs found it under some bricks.


While police have charged the girl with murder, the alleged rape case is still being investigated. Police officer OP Singh told the Times of India: ‘The girl’s mother is unwell and father a labourer, she is coming from a very poor family background. ‘There is no family discipline either. She has been spotted consuming drugs. A fair inquiry will be done.