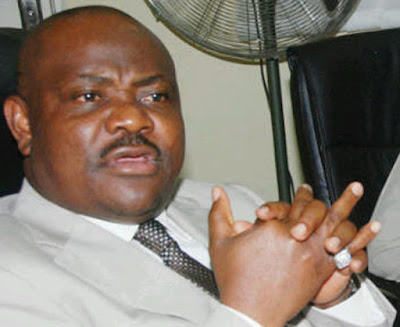 The Rivers state Government has dissolved the state Local Government Commission headed by Nnamdi Wokekoro. The State government in a statement signed by the Special Adviser to Governor Nyesom Wike on Media, Opunabo Inko-Tariah said the action was taken upon the directive of the Rivers state House of Assembly.

Speaker of the House, Ikunyi Awaji-Ibani issued the directive after the debate by members and the failure of the Local Government Service Commission to appear before the House on invitation.

Some of the lawmakers who spoke during the plenary called for Warrant of Arrest on the Local Government Commissions members while others called for the disengagement of the Commission from the service for alleged gross misconduct, financial misappropriation and blatant refusal of the Commission to appear before the House after being invited by the Assembly .

Meanwhile, the Chairman of the dissolved commission, Nnamdi Wokekoro expressed shock at the decision of the Rivers state House of Assembly to recommend his sack.

The Legal representative of the Chairman, Richard Onyeweola said the Lawmakers of the Rivers Assembly were duly informed about the inability of Wokekoro to appear before the Assembly because he was out of the state. Richard said a formal letter was sent to the Assembly in that ragard.

In the meantime, a chieftain of the Peoples Democratic Party, PDP in Port Harcourt City Local Government, Azubike Merukini has been invited by the Assembly to be screened to head the Local Government Commission in Rivers state.
Posted by dubem naija blog at 4:30 pm