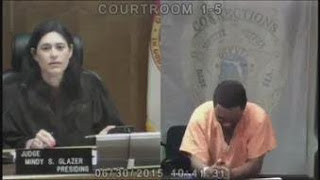 Quite emotional, two lives you can say took different turns. A burglary suspect broke down in tears in court after the judge he was appearing in front of recognized him as a former schoolmate and said he had been the "best kid" in school.

"Oh my goodness!" replied Arthur Booth, then he broke down in tears. Disheartening.
Booth, 49, was arrested on Monday after being spotted driving a car that matched the description of one allegedly involved in a robbery and failing to stop after a police officer signaled him to. A police chase followed, resulting in two accidents before he crashed the car. He fled on foot but was eventually caught and charged with various offences. 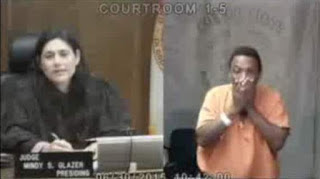 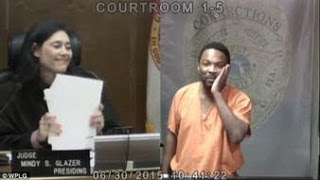 Arthur Booth appeared in front of judge Mindy Glazer at Miami-Dade bond court charged with burglary. When he was taken into court, the judge looked at him for a moment or two and then asked: "Did you go to Nautilus?"

"Oh my goodness," replied Booth several times, at first with smiles and then breaking down in tears. "I'm sorry to see you here," replied Judge Glazer. "I always wondered what happened to you."
"This was the nicest kid in middle school," she told the court. "He was the best kid in middle school. I used to play football with him, all the kids, and look what has happened."
"What's sad is how old we've become," she continued before finishing the conversation with: "Good luck to you, sir, I hope you are able to come out of this OK and just lead a lawful life."
The judge set Booth's bond at $43,000 (£27,500).
Posted by dubem naija blog at 4:22 pm