South African pastor reacts to his arrest, says no one can destroy him because he is already destroyed 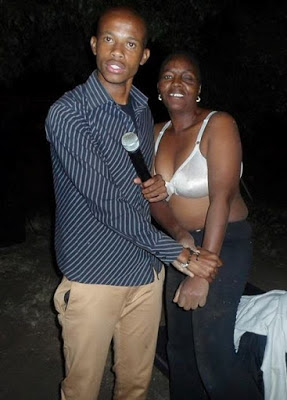 Controversial South African pastor, Penuel Mnguni who was just yesterday granted bail after he was arrested and charged for 'cruelty against animals' after forcing his members to swallow a live snake during one of his church services, says no one can destroy him because 'he is already destroyed'. He said the South African police do not know who they are fighting.


“Maybe I need help if someone thinks I’m possessed let them come and deliver me, but if nothing come out then I will deliver you. Then one demon came and held her hands on the head of the Man of God but instead that demon was delivered. All laws, constitution and bi-lows are powerless; if they want to arrest me let them also arrest (Nandos).
God made these animals for us to eat; the world is fighting today because we used the same weapon. No one can destroy me, already I’m destroyed. Police don’t know who they are fighting against. There are people who are religious out there. These prophets who spoke about this long before it came to be and he was criticized same as my father. If you go to heaven and not find me it’s not heaven. To God Be the Glory"he said