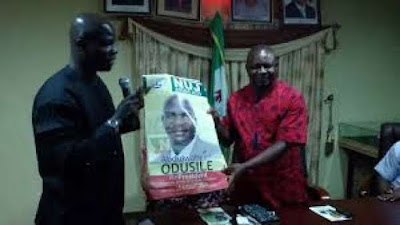 The Nigeria Union of Journalist (NUJ) has today elected Abdulwaheed Odusile of the Nation Newspapers as its new president. He succeeds Malam Garba Mohammed. Odusile was declared winner of the keenly contested election by the returning officer and Director, African Affairs, International Federation of Journalists, Mr Gabriel Baglow.

He at the National Delegates Conference of NUJ held in Abuja on Saturday pulled 354 votes to defeat his closest opponent Mr Rotimi Obamuwagun who got 333 votes.

Other contestants for the position of the President included Mr Dele Atunibi, who got 51 votes, USA Uzaka who received 46 votes and Alhaji Mustafa Lamidi who got 12 votes.

Mr Mohammad Shu clinched the position of the financial secretary of the union after he secured 454 votes to defeat his contender Mr Ajayi Olugbenga.

The post of the National Treasurer went to Mrs Monica Okechukwu who got 310 votes to defeat two other contestants, namely, Mr Garba Iliya and Mr Ambrose Nwachukwu.

Delegates to the conference were drawn from NUJ Councils from the 36 states of the Federation and the FCT.
Posted by dubem naija blog at 8:50 pm