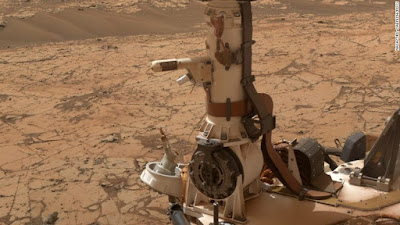 NASA took a key step forward in the goal to eventually land a person on Mars on Thursday. Robert Behnken, Sunita Williams, Eric Boe and Douglas Hurley will train to fly to space on commercial crew vehicles, NASA said.


"We are on a journey to Mars, and in order to meet our goals for sending American astronauts to the Red Planet in the 2030s we need to be able to focus both on deep space and the groundbreaking work being done on the International Space Station," said NASA Administrator Charlie Bolden. The commercial crew initiative is part of the agency's plan to return space launches to U.S. soil. NASA is working towards a 2017 launch.


"For as long as I've been administrator, President Obama has made it very clear that returning the launches of American astronauts to American soil is a top priority, and he has persistently supported this initiative in his budget requests to Congress," Bolden said.

Training for these flights starts immediately and will create more jobs, officials said. More than 350 American companies in 36 states are working on the commercial crew initiative.

Posted by dubem naija blog at 8:01 am