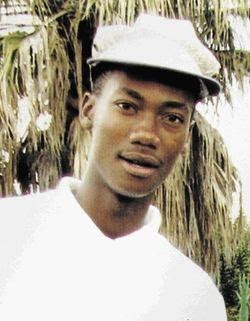 An argument over a turn to rape a teenage girl in South Africa ended in one of the attackers stabbing and killing his accomplice. The incident happened in Oakmoor Extension 9 in Tembisa, over the weekend according to a report by SA newspaper, Sowetan Live.


According to SA police, the 2 men met the rape victim at a party on Saturday night and the man who was stabbed named Muzimkhulu Dlwathi took the girl away from the party to a house in Oakmoor.

"He grabbed her and went with her to Oakmoor together with his friend. When they arrived at the house, they overpowered the teenager and raped her." SA police spokesperson said The police spokesperson said the two men took turns raping the victim and then 22 year old Muzi  tried to rape the girl again. The deceased decided to rape her again but his friend told him that he could not. A fight ensued between the two men. The suspect grabbed a sharp object and stabbed his friend in the upper body. During the fight the girl managed to run away.


The suspect then asked another friend to help him move the injured man to another place, that was when a resident in the building who suspected what was going on alerted the police.

The deceased family said they were shocked that he was accused of rape. Dlwathi's grandmother said he was a sweet boy.

"I last saw him on Saturday when he returned from a family function, he did not say where he was going. A boy came here later that night and told us he was stabbed. He was found in a shack, naked with a stab wound in the neck. He was a sweet boy. I do not believe what they are saying about him. I am not defending him, but why did he kill him?" His mother also did not believe the allegations against her son.

"That is not my Muzi; he has a girlfriend and we know her. It is painful, especially the way he died," she said.
Posted by dubem naija blog at 9:32 am