Man Cuts Off Wife’s Hand In Aba Over Adultery Allegation 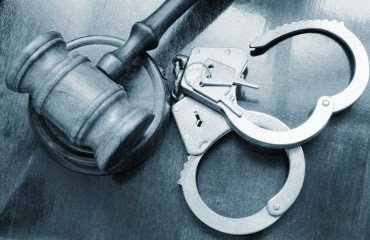 Man, identified as Jacob Nwachukwu from Abala in Obingwa Local Government Area of Abia State, has cut off his wife’s left hand over allegation of infidelity.

The man’s wife, Mrs Nwadiokeonu Nwachukwu, is now at a hospital in Aba, while her severed hand had been taken to her husband’s village at Abala for burial.

The incident happened, Monday, at Ogbor Hill Area of Aba, where the woman had lived for years, while the husband lived at their Abala village.

A female co-tenant of Mrs Nwachukwu, who craved anonymity, told Vanguard that the couple had lived in the city for years before the husband lost his job and had to relocate to the village, leaving his wife, a trader, in the city.

She said: “The couple had always quarrelled any time the man visited his wife in the city, to the extent that all the tenants are aware and intervened in their quarrels.”

The man was said to have visited the wife on the day and during their usual quarrel, brought out a machete, cut off the wife’s hand and left with it to thevillage, while neighbours rushed her to the hospital.

It was gathered that Mr. Nwachukwu’s intention was to kill his wife with the machete but missed the target as the woman was said to have used the severed hand to defend herself.

The suspected lover of the woman is said to be on the run, while her landlord reported the incident to a police station close to the hospital along Ogbor Hill, where the woman is currently on admission.

Area Commander, Aba Police Command, Mr. Peter Wabara, in a response to a text message, said the incident was yet to be reported to him.

However, a police officer at Ogbor Hill Police Station, confirmed the incident and said investigation into the matter had commenced.
Posted by dubem naija blog at 5:59 am