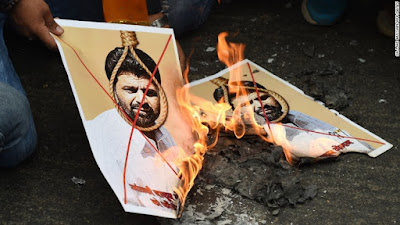 The man considered to be the mastermind behind coordinated bomb attacks in Mumbai in 1993 that left 257 people dead has been executed. Yakub Memon was hanged at a prison in the western state of Maharashtra at around 6.30 a.m. local time, Indian Home Ministry spokesman Kuldeep Dhatwalia told CNN Thursday.

In the hours before the execution was carried out, a group of prominent lawyers contacted India's chief justice to seek a postponement of Memon's hanging for two weeks, the last in a long succession of appeals for mercy.

In an unprecedented move, the Supreme Court held a special early-morning session to discuss the request before rejecting it, Dhatwalia said.

Memom died on his 53rd birthday.

He was originally sentenced to death in 2007 as a key conspirator behind 12 blasts that ripped through several hotels, marketplaces and buildings in Mumbai on March 12, 1993.

According to the Indian prosecution team, those assaults were ordered by the local underworld in revenge for the demolition of a 16th century mosque in northern India by Hindu zealots. The mosque's destruction triggered a wave of religious violence that left hundreds dead.

cnn.com
Posted by dubem naija blog at 5:42 am