I did not beat my wife, ex-governor Suswam says 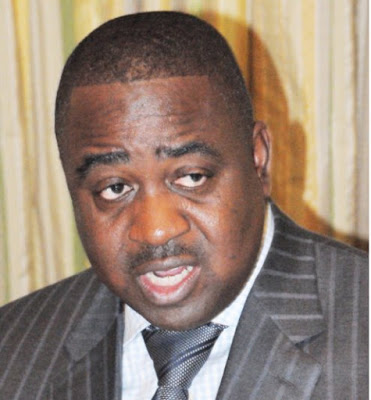 The immediate past governor of Benue State, Gabriel Suswam, on Sunday denied either beating or having any quarrel with his wife as reported in some sections of the media.

This is contained in a press statement signed by his aide, Joseph Tsavsar, and made available to the News Agency of Nigeria in Makurdi.


It recalled that some media organisations had reported that Mr. Suswam and his wife, Yemisi, had a misunderstanding in the United Kingdom where they went on vacation.
The statement said that the publication was a concoction of some mischief makers, and aimed at bringing Mr. Suswam down by all means.

It said that the former governor was neither in UK at that particular time nor had any property in London as reported.
It stated that the entire story about him and his wife was a figment of the imagination of jobless people who were looking for something to eat.

“My attention has been drawn to news making the rounds on social media and newspapers that I was arrested in London last week. That report is full of mischief and aimed at slandering me and my dear wife.
“Please disregard any news about a squabble between me and my dear wife. We’re fine,” Mr. Suswam said in the statement.

The former governor further directed his lawyers to press charges against all media organisations that published the report.
(NAN)
Posted by dubem naija blog at 6:34 am