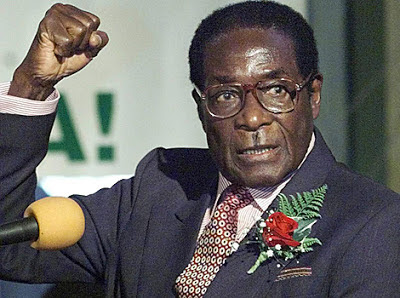 Following the legalization of gay marriage across America by the Supreme Court of the United States last week, Zimbabwean president Robert Mugabe, who is known for his extreme anti-gay views has been making headlines. Earlier this week, he proposed to marry president Obama and yesterday, in another interview, he allegedly said
"Even satan wasn't Gay, he chose to approach naked Eve instead of naked Adam." - President, Mugabe on homo sexuality."
Posted by dubem naija blog at 5:37 pm