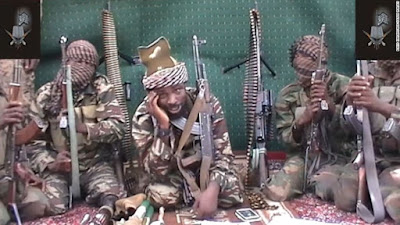 Storming in on motorcycles, the gunmen attacked the neighboring villages of Kopa, Maikadire and Yaffa around 9 a.m. local time, shooting and killing residents, according to witnesses and local government chairman Maina Ularamu.

The gunmen are former residents who joined Boko Haram and left to live in Boko Haram camps, according to Ularamu and the village residents. After the Nigerian military launched a campaign of bombing raids and ground assaults on their camps, those Boko Haram militants sought to escape by returning to their villages.

Villagers tipped off military authorities and the returnees were arrested. Friday's attacks were retaliation against those villages, according to witnesses and the government chairman.