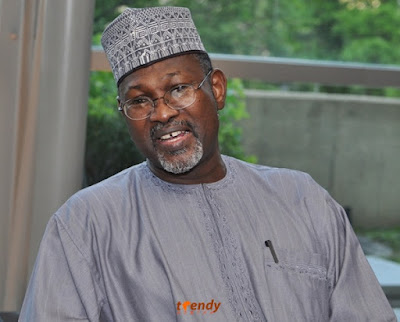 The immediate past Chairman of the Independent National Electoral Commission, INEC, Attahiru Jega, has been nominated winner of this year’s edition of the Charles T. Mannat Democracy award.

The International Foundation for Electoral Systems, IFES, based in the United States, administrators of the award, will present the award to Mr. Jega and other awardees at an elaborate ceremony in Washington D.C. on September 29.

Every year, IFES, a leading pro-democracy organisation that advocates improved electoral systems around the world, recognizes accomplishments of individuals in advancing freedom and democracy.

The organisation does this by bestowing awards on these outstanding individuals in honour of past chairs of its Board of Directors: Charles T. Manatt and Patricia Hutar, and Senior Adviser, Joe C. Baxter.

Mr. Jega would be honoured under the Charles T. Manatt Democracy Award category.
Three individuals are honoured each year in that category: one U.S. Democrat, one Republican and a member of the international community who demonstrate unwavering commitment to democracy and human rights.

Mr. Jega is the international figure chosen for the award this year, and he is being honoured for leading INEC to conduct one of the most credible elections in Nigeria’s history, even in the face of intimidation and sabotage by some of his own staff and officials of the past administration.
Democratic Leader, Nancy Pelosi (D-Calif.) and Congressman Ed Royce (R-Calif.) are to be honoured alongside Mr. Jega.

They will receive the awards at a special ceremony, co-chaired by IFES Board Director and Baker & Hostetler LLP Partner, Ambassador Tom McDonald and Manatt, Phelps & Phillips LLP Partner June L. DeHart on September 29, in Washington D.C.
Posted by dubem naija blog at 10:28 pm