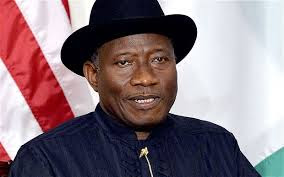 The All Progressives Congress (APC), has implored the former president, Goodluck Jonathan, to ask for the forgiveness of Nigerians for running a “bad governance and leadership” in his six years administration.

Punch is now reporting that the party also urged the Peoples Democratic Party (PDP) to humble itself and apologize to Nigerians over the way and manner it ran the country for the 16 years it ruled.

According to a statement releasd earlier today by the Publicity Secretary of the APC in Ondo State, Omo’ba Adesanya, the present state of the country is as a result of how PDP mismanaged the affairs of the nation.

The statement read: "Jonathan and PDP brought this country into disrepute, domestic and international odium, economic crisis, insecurity, unemployment, unprecedented corruption, abuse of state apparatus, infrastructural decadence, poverty, and many other issues. But instead of being remorseful and apologetic, the party, through its National Publicity Secretary, Olisa Metuh, has been making defenceless excuses and arguments, saying President Muhammadu Buhari is slow, that APC is not prepared for governance or that we are not keeping to our promises."

It continued: "This is laughable because Nigerians are already in sync with the current administration. The President should be commended for his dogged approach to blocking all leakages and apprehending looters. You cannot hit the ground running without carefully observing and removing the entire banana peels littering the ground to avoid a dangerous crash. We advice Metuh and his party to be patient. In a matter of time, after all that is being planned by this government has mature and the results start coming out, Nigerians will be able to know who has come to serve them and who has taken them for a ride for 16 years."

Reacting to the backlash from the APC, Mr. Banji Okunomo, the Publicity Secretary of the PDP in Ondo State, urged the APC to stop acting like an opposition party, saying that it should rather focus on how to deliver on the promises it made to Nigerians.

In his words: "They are taking Nigerians for granted and they do not know that Nigerians are already losing their patience to want to see the promised change which they used in cajoling Nigerians into electing them into power. From its inception, the APC has been showing that it is not ready for governance as it cannot even put its house in order. So, for the period they were in the opposition, in a way, their mentality or psyche has been assaulted, and that is why they keep behaving like an opposition party. We want to see them manifest their campaign promises."
Posted by dubem naija blog at 7:38 am