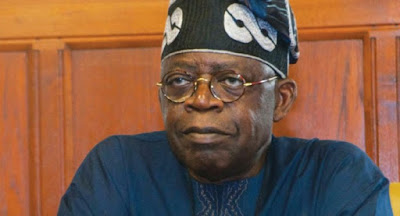 Some leaders of the ruling All Progressives Congress, APC, including a former governor of Lagos State, Ahmed Tinubu, and the party’s former interim chairman, Bisi Akande, boycotted the party’s meeting Friday, raising concerns the party may be nowhere near resolving a leadership crisis that has nearly derailed its new government.


Messrs Tinubu and Akande, amongst the party’s most influential leaders, stayed away from the party’s National Executive Committee meeting, attended by President Muhammadu Buhari, governors and federal lawmakers.

Top on the agenda of the meeting was the crisis rocking the party since the election of Senate President and Speaker of the House of Representatives.
Bukola Saraki and Yakubu Dogara were elected to the two offices respectively, against the wish of the party.

The two leaders also discarded the party’s nominees for the remaining principal offices.
The crisis has polarised the APC, with a faction supporting Messrs Saraki and Dogara, and another backing the party’s leadership and Messrs. Tinubu. Pressed on the absence of Messrs Tinubu and Akande, the spokesperson of the party, Lai Mohammed said invitation to the meeting was at the discretion of the national working committee of the APC, or its executive committee.

He said the leaders were not members of the party’s exco, as such, it was the discretion of the APC working committee to decide who to invite.

Mr. Mohammed did not provide clear answers when reminded by a reporter that identification tags for Mr. Tinubu had been seen at the venue of the meeting.
Posted by dubem naija blog at 5:43 pm