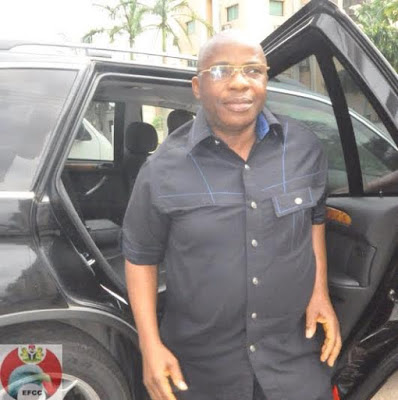 
While delivering his judgement, the judge ordered EFCC officials to seize the former governor's passport and other travel documents and deposit it at the office of the Deputy Chief Registrar of the court until his bail conditions are met. Justice Adeniyi however did not state where the accused will be remanded.

Ohakim is standing trial for a three count charge of fraud which includes buying a property in Asokoro, Abuja for $2.29m and concealing the ownership of the property. He allegedly connived with Tweenex Consociates H.D. Ltd. ‎to portray him as a tenant in the property.
One of the three count charges against him read,

“That you, Ikedi Ohakim, on or about January 26, 2013 in Abuja within the jurisdiction of the Federal High Court, while under arrest for an offence under the Economic and Financial Crimes Commission Establishment Act, 2004 knowingly failed to make a full disclosure of your assets by not declaring your ownership of the property known and described as Plot No. 1098 Cadastral Zone A04, Asokoro District- it is also known as No.60, Kwame Nkurumah Street, Asokoro, Abuja and thereby committed an offence contrary to Section 27(3)(c) of the Economic and Financial Crimes Commission Establishment Act, 2004 and punishable under the same section.”.