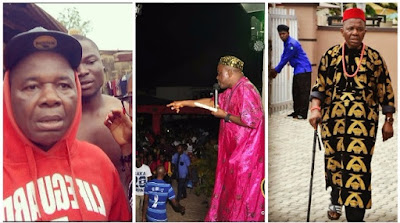 The album is said to reflect on the daily activities of the average Nigerian as a way of addressing the current spate of hardship in the country.“Nigerians are suffering, there is hunger in the land and someone who is in speaking position has to say something about it. The song is not just about trolling politicians, but has other fun tracks that will make you dance, laugh and merry. It is an album for everyone” he said.

Kings Music Entertainment will be in charge of producing the 5-track music video album. The spokesperson for the management said it won’t be long before the music videos roll on TV stations and stores nationwide.

“He is a legend and we know so many people across the globe will be looking forward to the album. It is clean for the family and you will also expect to see some of his comic lines on the songs”, the spokesperson said.
Posted by dubem naija blog at 7:08 am