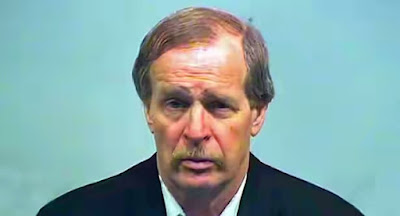 A former city mayor has admitted raping a four-year-old girl but claimed the victim was a "willing participant", it has been reported. Richard Keenan, who has described himself in the past as a "dedicated" Christian, is facing multiple counts of rape and attempted rape of a child.

The case has shocked the small city of Hubbard in Ohio, United States, where Keenan served as mayor in 2010 and 2011. He is due to stand trial in April next year.

But prosecutors filed documents on Monday claiming Keenan has made detailed admissions to the alleged offences to his wife, a social worker, his brother and sister-in-law.

Confessing to his crimes, Keenan said the abuse took place over a three-year-period but claimed the victim "initiated" sex, the Youngstown Vindicator reports.

He also spoke of the abuse during group discussions at a hospital, and later checked himself into a psychiatric clinic because he was suicidal.

A judge will now have to decide whether Keenan's alleged admissions can be heard by a jury, or will be ruled inadmissable.

Under local state law, a wife can testify against her spouse if he or she decides.
Posted by dubem naija blog at 8:18 am