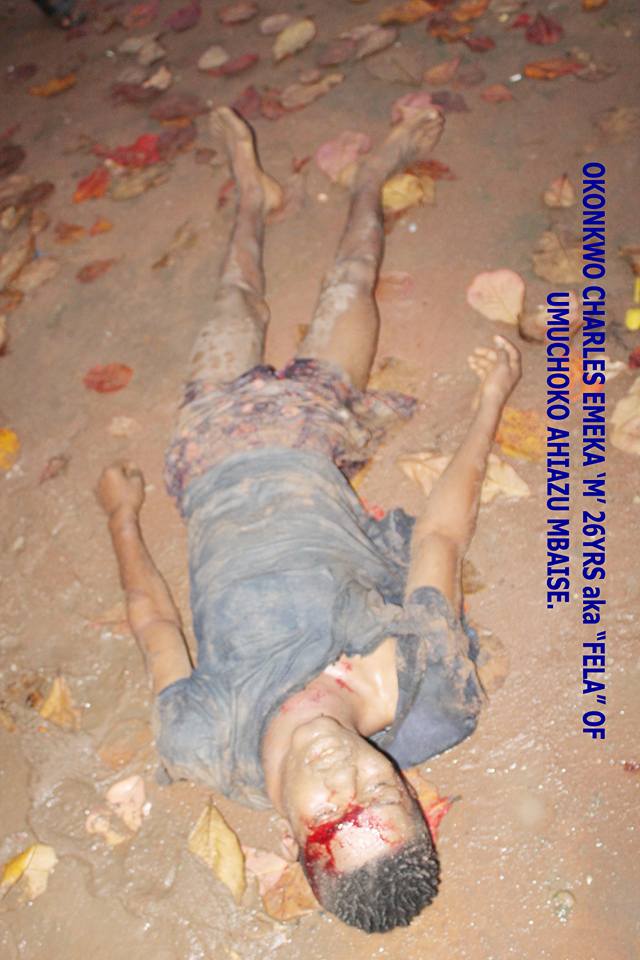 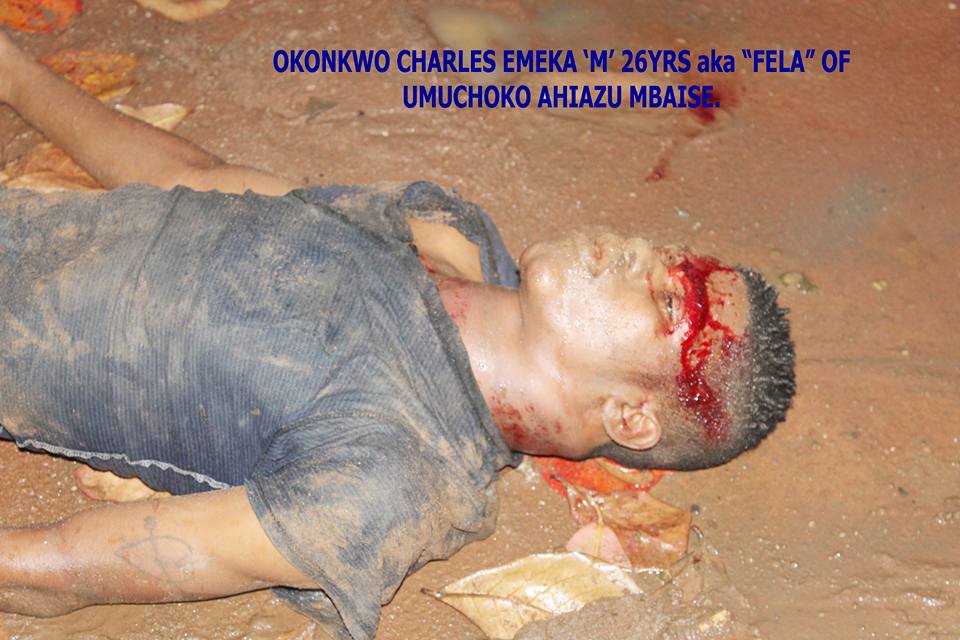 It was the end of a well known notorious armed robber/serial killer, one Okonkwo Charles Emeka popularly called Fela of Umuchoko yesterday in Imo State. It was gathered that Fela was nabbed yesterday while on another evil duty by angry mob who descended on him. The police where however alerted and by the time they got to the scene Fela was almost dead. He was rushed to the hospital, but he didn’t make it.

Fela and his gang are said to be responsible for the multiple robbery and murder cases in which one Chigozie Onyenemegam was murdered in front of the Federal High Court, new Owerri on 26/6/2016, the murder of one Lucky at Umuonyeche in Owerri on 17/9/2016 as well as the murder of one Goodluck David of Oguamanam Street, Owerri.

The rest of his gang members are said to be at large now.
Posted by dubem naija blog at 9:18 pm