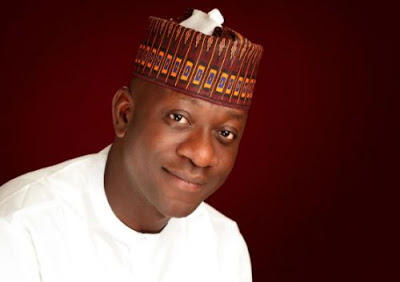 Former Chairman, House of Reps Committee on Appropriation, Abdulmumin Jibrin, has insisted that Speaker Yakubu Dogara must resign to allow for independent investigation into budget padding. Jibrin told newsmen today in Abuja that some members of the lower chamber were already plotting to impeach Dogara if he fails to step aside or resign.

Jibrin alleged that the speaker on Monday begged members of the North-East caucus in the House for forgiveness over his role in the alleged padding of the 2016 budget.

He, however, said that the request was rejected. NAN reports that Jibrin said Dogara’s request that the matter should be investigated internally is not tenable as the rule of the House stated otherwise.

He said, “When a grievous allegation of this nature is raised, there is a laid down rule to investigate such issue and it should not be investigated internally.

“The speaker begged us that we should forgive him. He also begged for the principal officers. He said that the House should forget what happened in the 2016 budget.”

He said that he was not bothered if the House would suspend him for his actions, maintaining that he was “prepared for the worst because I know the risk I am taking; I am on the part of history.”
Posted by dubem naija blog at 9:19 pm